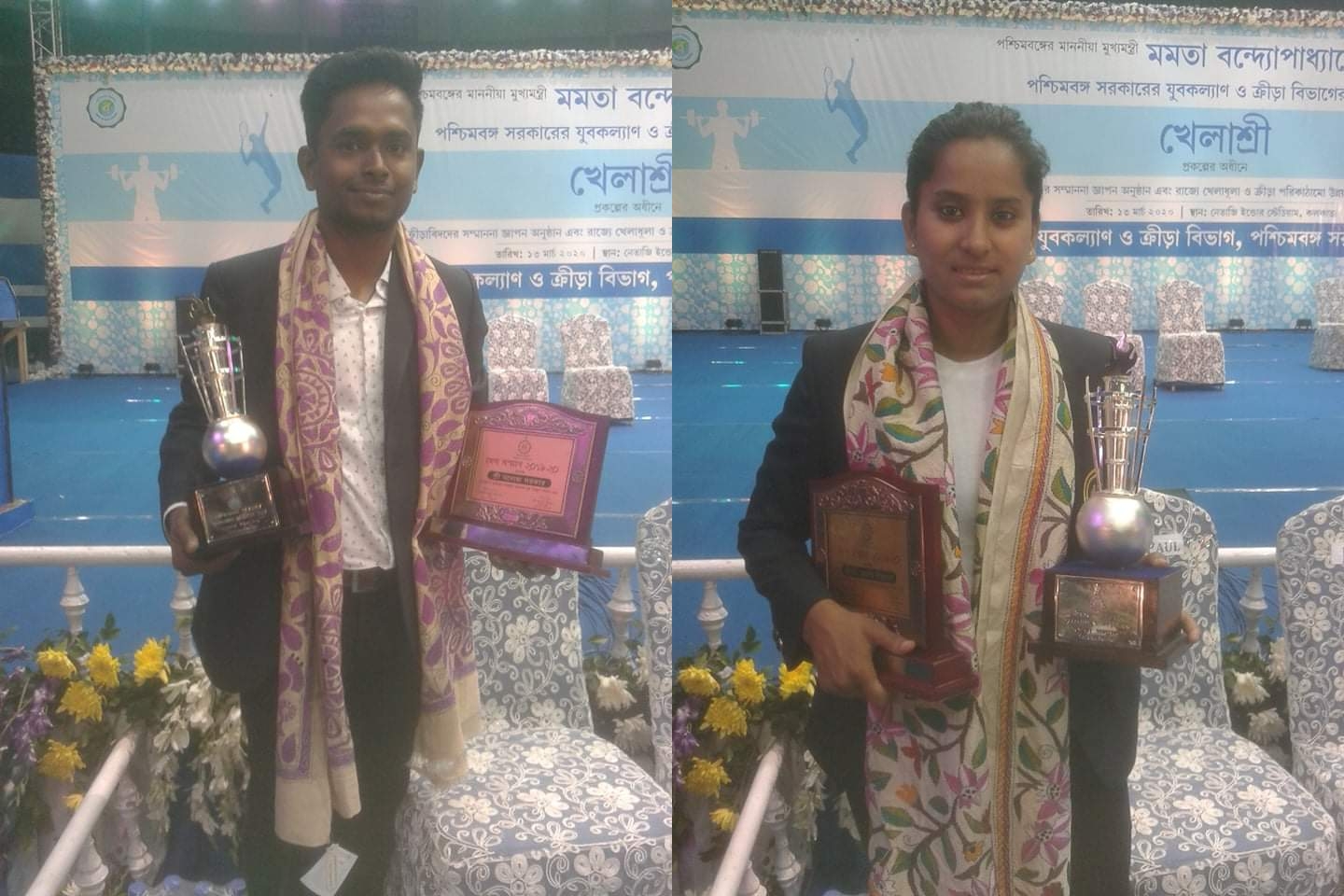 Our students Manoj Sarkar and Jyoti Biswakarma received the prestigious Khel Samman from the Govt. of West Bengal in 2020

Champion team in Inter College State Kho-Kho Championship - 2020 organised by Education Directorate at Kolkata, is handing over the trophy to our Principal